The October 27, 1947 day, which will always be remembered by over thirteen million Kashmiris all across the world as the Blackest Day in the Kashmir history. The misfortune that afflicted Kashmiris on this day has not only made their lives miserable and panic it has also endangered peace and security in the region with clear implications of a threat to world peace.

It is therefore, reasonably understandable that on this day Kashmiris look to the world community longingly to come to their help in a big way to rescue them from their plight so that peace and security is ensured in the region, which will certainly be a long-leap forward towards the quest for universal peace.

This day, 75 years ago, the Indian armed forces landed, for the first time, on Srinagar airport with the assigned task to rob Kashmiris of their birth right of self-determination, in blatant violation of the terms of Partition Plan, the relevant provision of the Indian Independence Act, the UN Charter and Universal declaration of Human Rights.

Indian military occupation of a major part of Jammu and Kashmir blatantly violated both the first schedule of the Indian Independence Act and the terms of reference of the partition plan. The Indian Independence Act was passed by the British Parliament on July 18, 1947 under which the Indian British Colony had to be divided into two sovereign states, the Hindu Majority areas, state of India and the Muslim Majority areas, state of Pakistan.

The objective of the partition plan of June 3, 1947 was to divide the provinces in the west and Bengal in the east, leaving Muslims majority areas in Pakistan and those with Hindu majority with India. Of the main routes by which Kashmir could be reached, two roads passed through areas which could be expected to be allocated to Pakistan: the first via Rawalpindi to Srinagar and the other via Sialkot, Jammu and the Banihal Pass.

A third route, which was no more than a dirt track existed via, the district of Gurdaspor which comprised of four Tehsils of Shakargarh, Batala, Gurdaspor and Pathankote. From Pathankote the route passed over Madophur across the Ravi River to Kathua in the state of Jammu and Kashmir. Under the terms provided in the first schedule of the Indian Independence Act, all the Gurdaspor district,

with a 51.14 percent Muslim majority had been assigned to Pakistan, which meant that all these routes would have fallen under the control of Pakistan. This would have totally isolated India from Kashmir, had there not been a Mountbatten-Radcliffe-Nehru combines’ perfidy to alter the boundary award and give Gurdaspor district to India.

Everyone has the right to freedom of movement and the right to leave any country… Kashmiris are being kept in slavery and servitude for the past 75 years All these human rights, given protection in this Declaration, are being flagrantly violated by the Indian occupation troops. Kashmiris are kept deprived of their right to self-determination. They are being killed, tortured and deprived of their property. The women are harassed, dishonoured and even imprisoned.

Hundreds of innocent people have been indiscriminately arrested on fake charges. Freedom of expression, movement, within their soil and abroad, has been denied to them. They are being kept in slavery and servitude for the past 75 years. Along with the military invasion, the Indian government had coerced the then Dogra Maharaja of Jammu and Kashmir, Dogra ruler, Hari Singh, to accede to India. For this purpose, an accession document, drafted in New Delhi, was presented to the Maharaja to sign it. It is highly controversial whether the Maharaja did sign the document or not.

He has proved that the document was actually signed one day after the Indian invasion as the occupation of Jammu and Kashmir by India preceded the signing of the document and had no legal basis.

All the same, the then Indian government sent a fake document to the then Governor General of India, Mountbatten who while accepting the accession, wrote to the Maharaja that in the case of any state, where the issue of accession has been the subject of dispute, the question of accession should be decided in accordance with the wishes of the people of the state”.

He added that the question of Kashmiris’ accession “should be settled by a reference to the people”. Thus he signed the document provisionally, pending the final disposition of the state by the people of Jammu and Kashmir.

Under a Conspiracy It is also a historical truth with facts that the so-called Boundary Commission, headed by the British Barrister, Cyril Radcliff that had demarcated the partition line, under a conspiracy split a Muslim majority area, Gurdaspur in the Punjab, and handed it over to India, providing foot way to Indian military and also terrestrial access to Jammu and Kashmir while there is no other surface route for India to Jammu and Kashmir.

As the overwhelming majority of Jammu and Kashmir is of Muslims, Kashmiris were sure that they will automatically become part of Pakistan as according to both the Indian Independence Act and the Partition Plan, the contiguous Muslim Majority areas of the sub continent were to constitute Pakistan. Besides Jammu and Kashmir being a Muslim majority state, it was totally contiguous to areas forming part of Pakistan.

Moreover at the time of Indian military invasion, of Jammu and Kashmir, the provision of the UN charter about the right to self-determination of all the people, as well as, the Universal Human Rights Declaration had sunk deep in the sub conscious of all the people ruled by colonial powers.

This sent a wave of shock and wrath among Kashmiris in the length and breadth of the then Kashmir state. Kashmiris strongly defied the Indian blatant invasion politically and even through armed struggle.

Kashmiris fought bravely and were poised to capture Srinagar, when the then Indian Prime Minister Jawahar Lal Nehru took the Kashmir case to the United Nations on January 1st, 1948. The result was obvious. Several resolutions were adopted on Kashmir, favourable to Kashmiris aspirations, which were accepted both by

India and Pakistan. One of them called for ceasefire as a first step to resolving Kashmir dispute permanently. The ceasefire became effective before midnight of first January 1949, in pursuance of the UN resolution, adopted on 13 August 1948.

The resolution, proposing cessation of hostilities, at the same time noted that the hostility is likely to endanger international peace and security. This resolution in its part III says: “The Government of India and the Government of Pakistan reaffirm their wish that the future status of the state of Jammu and Kashmir shall be determined in accordance with the will of the people”.

The resolution in its article 1 categorically states that: “The question of the accession of the State of Jammu and Kashmir to India or Pakistan will be decided through the democratic method of a free and impartial plebiscite”. However, India later reneged on the one pretext or the other and refused to implement the UN resolutions on Kashmir.

The people of Kashmir have been politically opposing the Indian military occupation of their land against their will. However, India closed all avenues of peaceful political agitation, at the fag end of 1988. Thus Kashmiris were left with no option but to rise in mass upsurge. India unleashed terror on demonstrating Kashmiris at various places, killing and maiming for life hundreds of them.

The people of IIOJK are facing the worst military siege imposed by Narindera Modi-led fascist Indian government after abrogating the special status of the territory on August 05, 2019. Following this unconstitutional, undemocratic action and violation of international laws, the BJP regime in IIOJK, on one hand, has intensified its efforts to impose the Hindutva ideology and narratives of extremist Hindu organization Rashtriya Swayamsevak Sangh in IIOJK, while on the other, it is forcefully implementing its settler colonial plan in the territory to turn the Muslim majority into a minority.

In order to achieve its nefarious objectives, it has imposed several brutal laws, introduced new domicile rules in IIOJK and granted domicile status to lakhs of non-Kashmiri Hindus and Indian forces replaced the Muslim names of important places and departments with Hindu names, and also by delimitation changed Lok Sabha and assembly constituencies in the occupied territory by giving more seats to BJP in Kashmir valley and Hindu-dominated areas of Jammu region.

The main objective behind all these unilateral illegal and brutal measures is to convert IIOJK’s Muslim majority by giving state subject and lands to non-Kashmir mostly Indian Hindus, troops in large numbers in the occupied territory. It is also aimed at violation and damaging the essence of the UN resolutions on the Kashmir dispute and affect the results in India’s favour if New Delhi is compelled to hold a plebiscite/referendum in Jammu and Kashmir at any point of time in the future.

It is in this spirit of sincerity that Pakistan leadership is continuously sensitizing the world community about the grave situation in IIOJK caused by the illegal and unconstitutional actions taken by Modi regime on and after 05 August 2019 in IIOJK and their ramifications on regional peace.

The promise of India to provide the Kashmiris the right to decide their political future with their own will and wish still remains unfulfilled and the struggle for Kashmiris’ inalienable right to self-determination continues. Kashmiris on both sides of the Line of Control and across the globe observe October 27 as Black Day. It is the darkest day in the history of Kashmir as on this day in 1947 India had

forcibly occupied Jammu and Kashmir by landing its army in Srinagar against the will of the Kashmiri people and in total disregard to the Indian Independence Act and Partition Plan. Now, the Kashmir dispute has become the focus of attention at the global level post August 2019 as India violated the International laws in IIOJK. 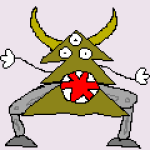