WISCONSIN: Europe’s Ryder Cup stalwart Ian Poulter said everything will be stacked against the holders when the eagerly-anticipated duel with the United States begins at Whistling Straights on Friday.

The 43rd edition of the event, postponed from last year, will have Europe seeking to maintain their recent domination, having won four of the last five Ryder Cups.

Travel restrictions mean the usual army of European fans will be absent from the course alongside Lake Michigan and Padraig Harrington’s 12-man team will face an intimidating atmosphere over the three days.

Poulter, nicknamed the Postman for his knack of delivering points in the heat of battle, received a wildcard pick and said he is relishing trying to win the trophy on foreign soil.

“I guess it’s a lot more difficult, and it doesn’t happen that often, even though we’ve had the upper hand of that,” Poulter, who was inspirational when Europe won a thriller at Medinah in 2012, told reporters on Wednesday.

“I guess it’s just more enjoyable. The course set-up is obviously this week heavily weighted in favour of the US as opposed to how we set things up back in Europe, so I guess everything is stacked against us.

“When you have that, when you can go in as underdogs, when you can turn the tide and actually come out victorious, it means a little bit more.”

The 45-year-old Poulter has never lost a Ryder Cup singles match and delivered 15 points to the European cause since making his debut at Oakland Hills in 2004. His overall record stands at: won 14, lost six, halved two.

Poulter says playing in the gladiatorial atmosphere that is unique to the Ryder Cup is a huge “buzz” even if knows 98% of the fans will be rooting for the US this week.

“You only have to look around and all the grandstands are red. As much as we feel comfortable as a team, to know we’re underdogs, to know that we have to play extra special this week to get the job done,” he said.

While Poulter knows the Ryder Cup drill, teammates Shane Lowry, Bernd Wiesberger and Viktor Hovland will be making their debuts, while others such as Tommy Fleetwood have never featured in an away match.

Ireland’s Lowry, the 2019 Open champion, sealed a captain’s pick and said his first impressions of being on the team were “everything I expected and more”.

“It’s just so special to be here. It really is,” Lowry said. “Anybody that’s been involved with me over the last 10 years knows how much I really wanted to be here, and I’m here now.”

Lowry says the expected windy and cool conditions will make him feel right at home.

“I’m pretty happy with the golf course and that cold wind. It feels very much like a summer’s day in Ireland when you’re out there,” he said.

And while he had to rely on a pick from his compatriot and close friend Harrington, he believes he belongs in the European team and will make an impact.

“I believe I’ll have a big part to play in this team this week, and I do believe that I can bring a lot when it comes to it on Friday, Saturday, Sunday when push comes to shove,” Lowry said. “I’ll just go out there and be myself and hopefully pick up some points, hopefully win that trophy on Sunday.” – Reuters 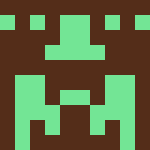